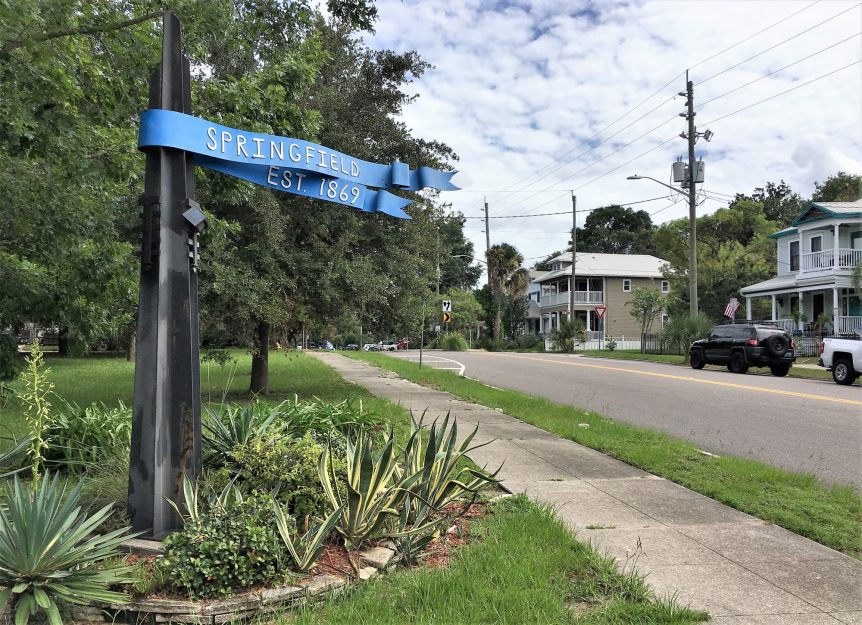 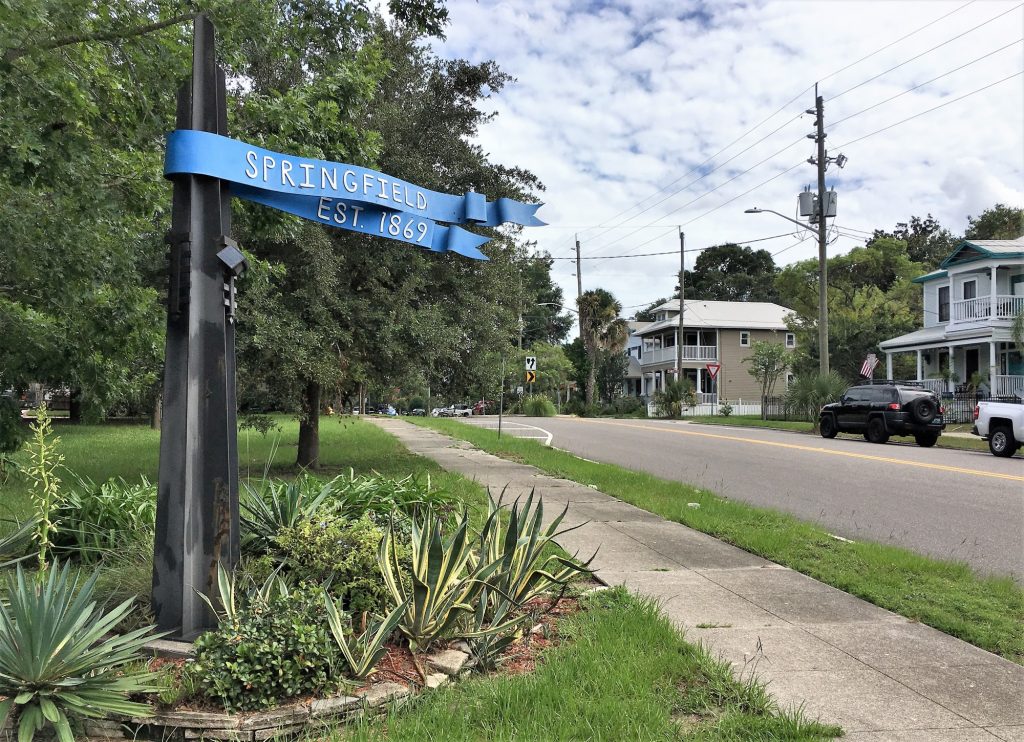 The old entry to Springfield on West Pearl Street. Established in 1869, Springfield is the state’s largest historic district.

The renewal of Springfield has had its share of obstacles the last two decades. Today, skyrocketing home values and substantial Main Street business investments indicate the current turnaround may be sustainable.

After the 1960s, when the urban middle class began to flee to the suburbs, Springfield experienced decades of neglect. But the neighborhood always had its charms.

In 2010, Southern Living and Florida Trend magazines touted one of Springfield’s comeback attempts.

Becky Morgan moved to Springfield that same year. Having lived in a gated community with a long list of restrictive covenants, she appreciated the neighborhood’s “free-spirited nature.” 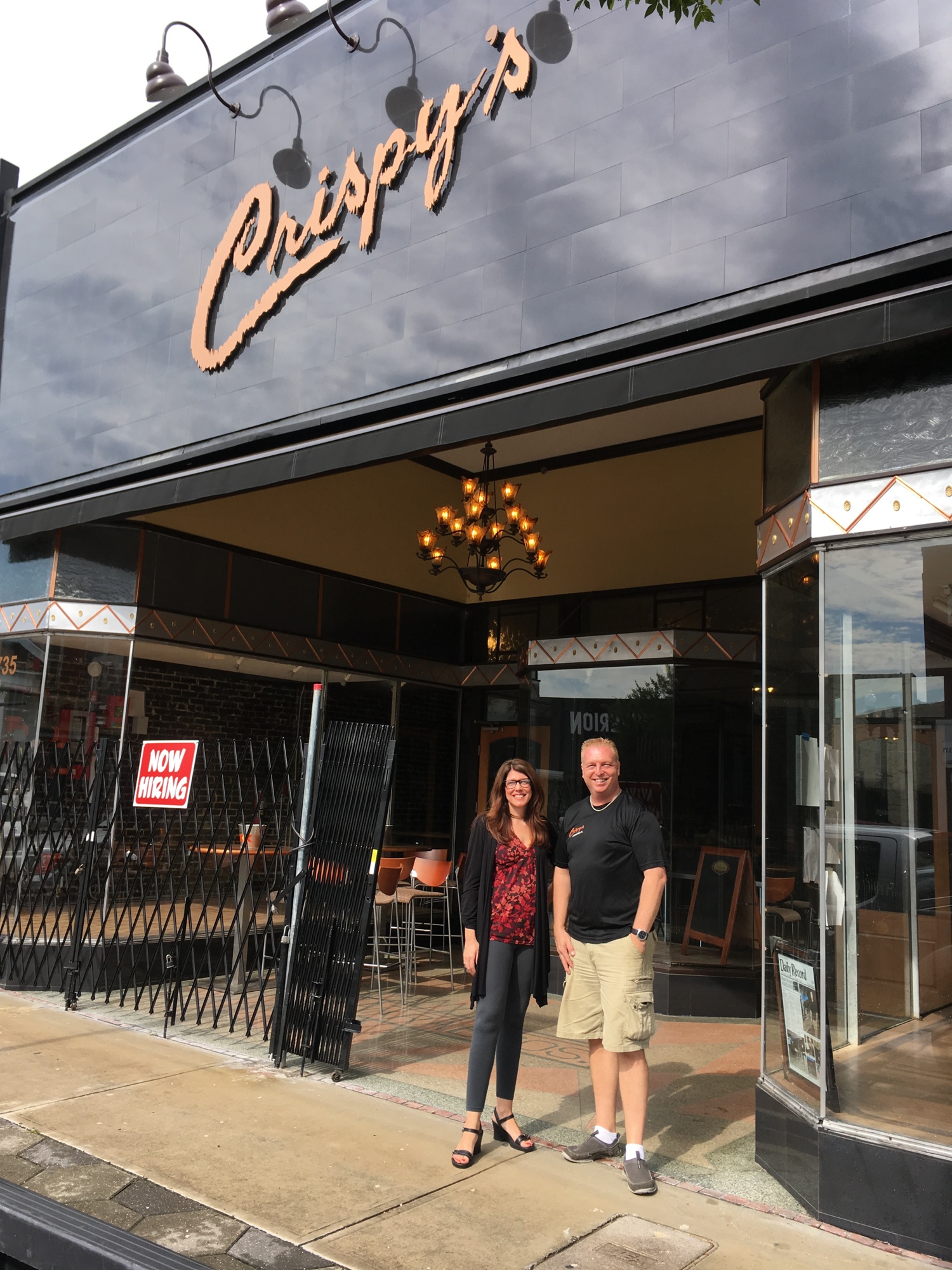 Becky Morgan and John Crispens outside Crispy’s at 1735 N. Main St. Crispens plans to open the 150-seat restaurant this month.

“Everyone does their own thing,” she said.

At the time, Morgan said, Springfield had a “charming commercial corridor that was crumbling to pieces.” While that might have repelled many, Morgan — an interior designer with a passion for historic preservation — saw the potential.

“It’s just a vibe,” said Morgan, who opened her Springfield interior design company, BMor Creative, in 2014. “I want to be part of the action and the change.”

During the last three years, she has helped John Crispens build his 150-seat restaurant, Crispy’s, in the old Akra Bros. Department Store.

To return the building to its 1933 art deco style, Crispens restored the sleek black tile exterior and entryway features, such as the architectural glass and zigzag, copper-on-nickel trim. He also preserved the building’s skylights, staircase and terrazzo floor.

Crispens had not visited the neighborhood until about a decade ago.

“We came and fell in love with it,” he said. “We’ve been living here nine years now.”